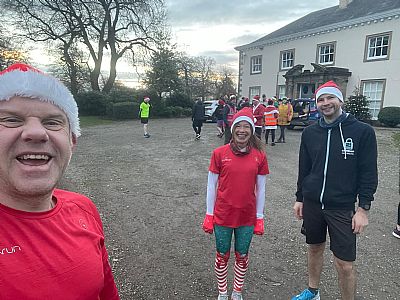 As we near the end of 2021 ADAC seniors round off the year with the last senior club runs. Covering the winter league, town runs as well as track sessions at the Everholm.

Seniors held their 2nd Winter league race of the season at Brownmoor forest. The temperature rise was a relief for the organisers after a very cold week following the recent storms. The course was two lap run of 5 miles over trails. There were still several fallen trees which had to be navigated around en-route but all athletes managed to succeed in doing this. First home again was James Taylor who got round despite injuring his foot earlier in the week in 37:28 minutes. There was a fine tussle between Marie Marshall and Joe Boardman for second place with Marie just edging Joe out on the finish line in 39:04 versus 39:06 minutes. Marie had a great run to gain highest overall age grade 66.2% narrowly pipping Joe with 66.1% with Louise Hopper achieved 3rd overall age grade with 61.5%. Well done to all our brave athletes who ventured out. Many thanks to Norman Johnstone and Barry Fitzgerald for their organisation of the event and the safety briefing. Thanks also to Louise Hopper who provided some light refreshments afterwards.

That now puts Joe Boardman in overall 1st place of the Winter league after 2 races with James Taylor 2nd and Gordon Vivers in 3rd position. There are still 6 more races left in the series to go! 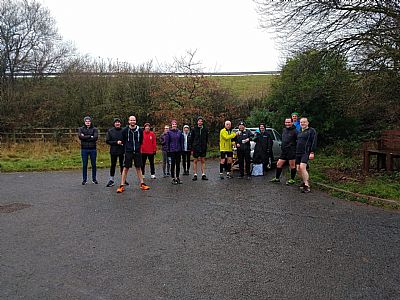 On the 14th December the Lockerbie town run took place. Well done to all that took part in our 2nd race of the winter town run series. Conditions were good for some very competitive running a distance of just over 4 miles. Fastest time of the evening was James Taylor 25:58, 2nd Norman Johnstone in 27:03 followed by Marie Marshall in 28:09 and Gordon Vivers in an impressive 29:18 minutes. This fast time enabled Gordon to finish first in the handicap race with the best age grade of the night at 76.6%. Followed closely finish with an ever-improving Geoff McQueen and Johnny Minto taking the next two age grade places. Thanks to Barry for yet again doing a sterling job keeping us all in order and recording finishing places and times. 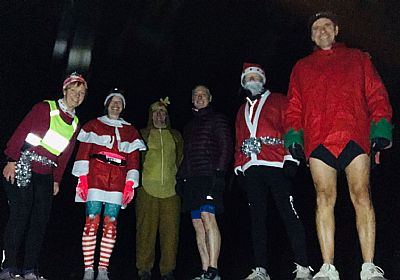 Seniors held the Santa track race at Everholm on the 16th December, our last track season before the Christmas break. Well done to our tracksters who put on some festive apparel and completed a team relay covering 5km in teams of two. Best dressed on the evening was Wendy Gass and the result of the relay was, in fact, a dead heat! 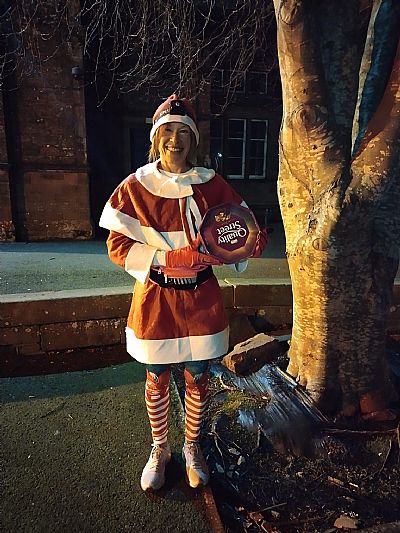 Well done to everyone who took part and also to coach Joe Boardman for organising us all.

Seniors last event of the year was the annual Santa dash in Annan, getting some strange looks around the town. Well done to our festive runners, the winner of the best dressed competition was Wendy Gass who received her Christmas chocolates. 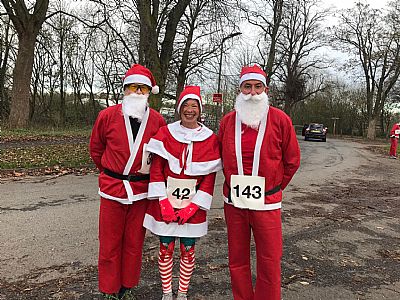 Senior members of ADAC have also joined in on other Santa runs. Colin Walker, George Fraser and Wendy Gass completed the Santa Dashers at Carlisle. With Richard Smith, James Taylor, Wendy Gass and John Murphy taking part on Christmas day at Carlisle Park run. What a great way to end the year for all our members.

Many thanks to those who came along to our very successful AGM. We have a new committee who are ready to take on the challenges ahead and support our athletes. We welcome Alan Creighton, Katrina Smith, Karen Gatehouse, Colin Walker and Rosie along with Mhairi Pringle and Joe Boardman who will continue to sit on the committee. We also have a new chairperson, Norman Johnstone, who is looking forward to taking the club forward in the year ahead. Many thanks to all members who have helped to serve the club during the last two and a half years. We wish the new committee the best of luck as they take on the tasks which lie ahead.

Joe Boardman has released an ADAC video to end the year, wishing every one of our athletes and coaches a peaceful, safe and healthy happy Christmas with a look back at what we've done throughout the year including our epic around the world journey. It's been another difficult one but let's hope we can enjoy better times in 2022! Enjoy !